A mysterious accident.
A dead husband.
People are talking.
Secrets are resurfacing from the depths.
Is the past ever truly dead?

A Druid and Gate Theatre Co-Production

The Beacon by Nancy Harris is a new play commissioned by Druid in 2016 and marks Nancy Harris’s Druid debut and her welcome return to the Gate Theatre stage after her brilliantly dark comic adaptation of The Red Shoes in 2017. The Beacon will run as part of Dublin Theatre Festival.

In The Beacon, Beiv, a celebrated artist, has moved from suburban Dublin to her holiday cottage on an island off the coast of West Cork. But a dark shadow from the past hangs over her. When her estranged son and his new young wife arrive to stay, she is faced with some difficult questions.

Tickets purchased from unauthorised websites or individuals are not valid. For our full Terms & Conditions please click here.

Please email boxoffice@gate-theatre.ie to book, or for more information. 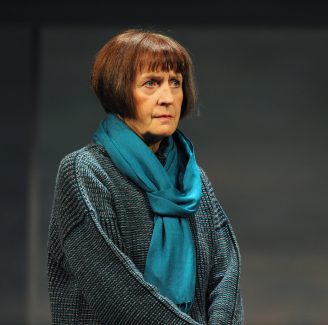 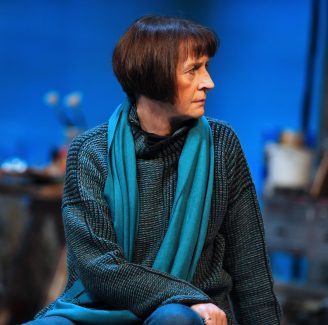 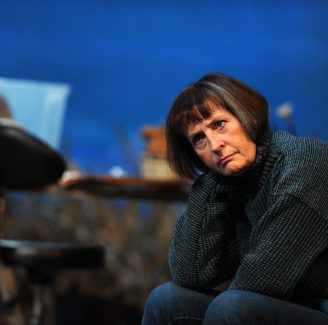 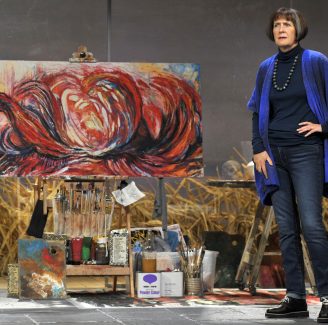 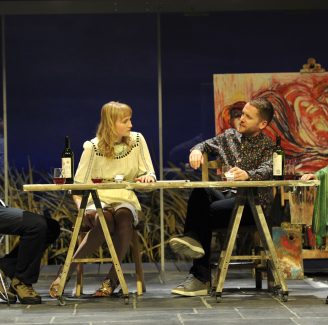 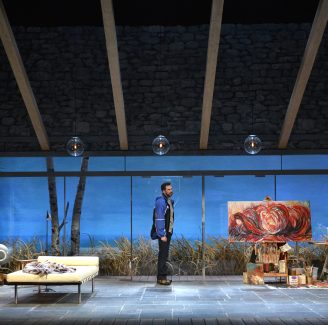 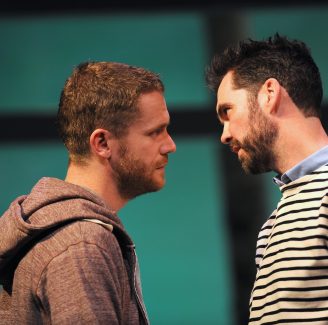 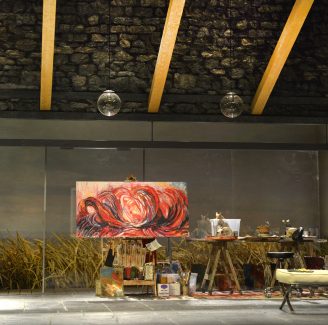 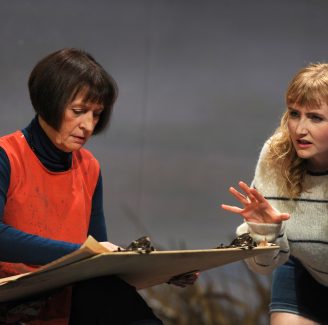 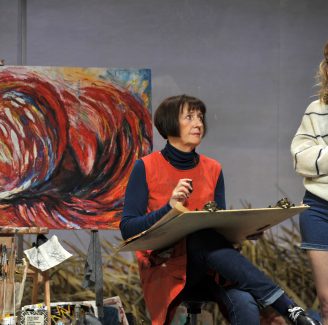 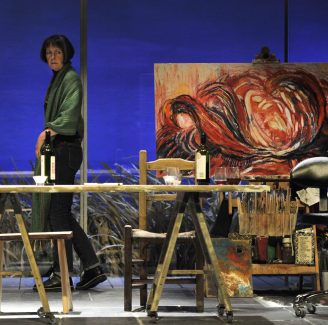 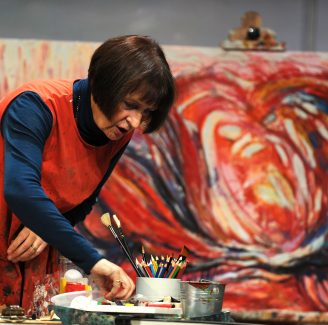 ★ ★ ★ ★
“A marvellous, old-style night out at the theatre”
The Sunday Times

“The Beacon is as sharp as a stiletto”
Irish Independent

★ ★ ★ ★
‘A rich and satisfying play, made even more enjoyable by a talented cast committed to mining the deeper truths’
Sunday Business Post

Nancy Harris is an award-winning playwright from Dublin.

Awards:
Nancy received The Rooney Prize for Irish Literature and The Stewart Parker Award for her debut full- length play No Romance in 2012. She was a finalist for the Susan Smith Blackburn Award. She has also written for radio and television and was nominated for a BAFTA as a Breakthrough Talent in 2014 for her writing on the Channel 4 series Dates.

Druid was founded in Galway in 1975 by Garry Hynes, Marie Mullen and Mick Lally, the first professional Irish theatre company outside of Dublin.

The company’s successes include The Beauty Queen of Leenane, in a co-production with the Royal Court Theatre, which went on to win four Tony Awards, including Best Director for Garry Hynes, the first woman to win an award for directing in the history of the Tony Awards; The Leenane Trilogy (with the Royal Court); DruidSynge – all six John Millington Synge plays in a single day; DruidMurphy – Plays by Tom Murphy (2013), a trilogy of Conversations on a Homecoming, A Whistle in the Dark and Famine; DruidShakespeare: Richard II, Henry IV (Part One), Henry IV (Part Two) and Henry V in a new adaptation by Mark O’Rowe (2015); and Waiting for Godot by Samuel Beckett which opened at Galway International Arts Festival (2016) and by the end of 2018 had toured Ireland twice, played at the Abbey Theatre, Edinburgh International Festival and several US cities and prestigious venues including New York’s Lincoln Center.

Druid is a writers theatre with a track record for introducing writers who have gone on to gain outstanding reputations among Irish and international audiences, including Martin McDonagh, Owen McCafferty, Vincent Woods, Abbie Spallen, Gerald Murphy, Christian O’Reilly and Lucy Caldwell. The company has also premiered new plays from writers entering into a highly acclaimed mid-career phase, among whom are Enda Walsh, Marina Carr and Stuart Carolan. Druid continue to nurture new writing through its open submissions and Druid Debuts series. Several Druid Debuts have gone on to full productions, including last year’s double world premieres of Furniture by Sonya Kelly and Shelter by Cristín Kehoe at the Galway International Arts Festival. This year, Furniture toured to 13 counties across Ireland. In 2019, Druid will present a year of new writing, with all work being world premieres by living writers.