TO BOOK FRANKENSTEIN: HOW TO MAKE A MONSTER, CLICK HERE.

As Danya Taymor’s critically acclaimed revival of Endgame by Samuel Beckett continues to play to sold out houses, the Gate Theatre is proud to announce its exciting programme for spring/summer 2022.

THE OTHER SIDE is a new season of work that engages with the infinite possibilities of a post-pandemic world. 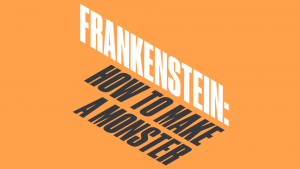 Frankenstein: How To Make A Monster is a critically-acclaimed production by Battersea Arts Centre (BAC) and BAC Beatbox Academy, inspired by Mary Shelley’s classic monstrous tale of power and persecution.

Part electrifying gig, part thrilling theatre, Frankenstein: How To Make A Monster is a powerful and poetic show that pushes the power of the human voice to its expressive, musical and rhythmic limits. Six performers take apart Shelley’s original story and reimagine a world of modern monsters – from our over stimulated digital age to the pressures to conform – while taking musical inspirations from Pachelbel to The Prodigy.

Frankenstein: How To Make A Monster will leave you asking: Who are the monsters we fear? Who created them? And how the hell did they just do that with their voices?!

Marianne is a quantum physicist. Roland is a beekeeper. They meet. They hit it off. Or maybe they don’t. They go home together. Or maybe they never speak again.

In Nick Payne’s multi-award-winning Constellations, every decision you have and haven’t made exists in a parallel universe of infinite possibilities. Epic yet intimate, this funny, sharp and heart-breaking play asks which of our choices make for a life well lived.

A drama about time and memory, about death and grief, playful and profound, comic and mournful. It asks big questions about existence, purpose and free will, but also feels weightless and fun. ★★★★ The Guardian 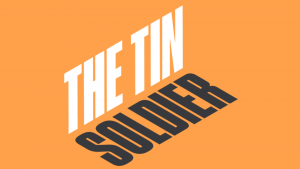 The Tin Soldier, a creative co-production between the Gate and Theatre Lovett, is a beautiful new theatrical re-imagining of Hans Christian Andersen’s iconic and complex tale.

Moulded and re-shaped from the original story with music by Conor Linehan, this imaginative new version celebrates our steadfast hero as a lovelorn outsider and an original, much like Andersen himself.

Inimitably narrated by Louis Lovett, delicately moving between beauty and horror, comedy and despair, this unforgettable production featuring French dancer Kévin Coquelard and Ukrainian singer Olesya Zdorovetska, lifts Andersen’s complex, moving story off the page into a live experience like no other. 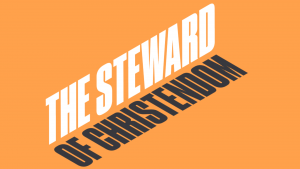 For the first time in over a quarter of a century, Sebastian Barry’s seminal play The Steward of Christendom returns to the Gate stage.

Set in a county home in Baltinglass in 1932, the play centres on Thomas Dunne, played by Owen Roe, reliving moments of his career as a senior officer in the Dublin Metropolitan Police (DMP), including the handover of Dublin Castle to Michael Collins in 1922 following the signing of the Anglo-Irish Treaty.

This profoundly moving play also features reimagined memories of his family: his daughters, Annie, Maud, and Dolly, and his son, Willie, killed in World War I. These reveries are interspersed by interactions between Dunne and Mrs. O’Dea and Smith, two attendants from the home.

This revival coincides with the 100th anniversary of the handover of Dublin Castle to the Provisional Government of Ireland. In September, the Gate will tour its production of The Steward of Christendom to the Everyman, Cork and the Lime Tree Theatre, Limerick.