JO MANGAN APPOINTED TO THE BOARD OF THE GATE THEATRE 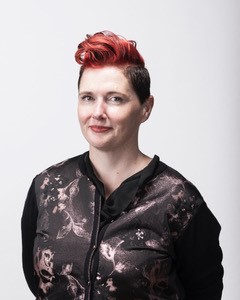 The Gate Theatre is pleased to announce the appointment of Jo Mangan to its Board.

Ms Mangan is currently the Artistic Director/CEO of The Performance Corporation and is former Director of Carlow Arts Festival, an Arts Council-funded multi-disciplinary festival. From 2015 to 2018, she served as the Chair of the National Campaign for the Arts.

Her work has won awards both nationally and internationally, among them a number of Irish Times Theatre Awards. Recent work includes directing for Irish National Opera, the Abbey Theatre, Digital Programme Consultant for The Grand Stretch, and curating the Prague Quadrennial Design Expo for Ireland.

Speaking about her appointment, Jo Mangan said, ‘I am very honoured to be joining the Board of the Gate Theatre, one of Ireland’s premier arts organisations. I look forward to working with my fellow Board members and hope that my experience and perspective, as a theatre and arts practitioner, can make a valuable contribution to the Gate as it begins a new chapter under the direction of Róisín McBrinn and Colm O’Callaghan.’

Peter Crowley, Chair of the Gate Board: ‘I am delighted to welcome Jo Mangan to the Board of the Gate. Her deep knowledge and experience in the sector will be a valuable asset to the Board as it embarks on a new chapter under Róisín and Colm’s leadership.’

Róisín McBrinn and Colm O’Callaghan, co-CEOs of the Gate Theatre, added, ‘We are thrilled that Jo has agreed to join the Board of the Gate as we begin our tenures. As well as bringing her expertise as a visionary cultural leader and an advocate for artists, Jo brings her perspective as an award-winning artist to the Gate’s governance and to our own strategic plans for the organisation to support and enhance the Irish arts community.’

Ms Mangan has directed the majority of the output for The Performance Corporation since 2002 including the Virtual Reality/live performance project Emperor 101, at Dublin Theatre Festival and SXSW, and the continued delivery of The SPACE Programme, Ireland’s longest running multi-disciplinary international artists residency with a current focus on arts and immersive technologies.

In 2011, Ms Mangan was awarded the Jerome Hynes Clore Cultural Leadership Fellowship and worked in the Barbican and Irish Department of Arts on secondment. In 2013, she founded and curated the BIG House Festival, Ireland’s first ever site-specific arts festival which was awarded the ERIC for Best Irish Festival; she was Artistic Director of 2014 Bram Stoker Festival Dublin which was also winner of the ERIC for Best Irish Festival.

Ms Mangan has provided consultancy for organisations including What Next?, the UK arts advocacy group, the Abbey Theatre and National Museum of Ireland. She also curated the Theatre Forum conference in 2015 and worked as International Programmer for Limerick City of Culture, where the highlights of her programme included Royal de Luxe which was presented to an audience of over 250,000.

Current projects include the VR Opera Out of the Ordinary at Kilkenny Arts Festival and Dublin Fringe Festival and Disappearing Islands on a tidal pool in Belmullet, Co. Mayo for The Performance Corporation.

The appointment to the Board is effective immediately.

A copy of this announcement can be downloaded HERE.