“Yes, I have tricks in my pocket, I have things up my sleeve. But I am the opposite of a stage magician. He gives you illusion that has the appearance of truth. I give you truth in the pleasant disguise of illusion.”

A tragic semi-autobiographical tale of family, love, truth, and illusion retold through the haze of memory and the distortion of emotional recollection. The Glass Menagerie by Tennessee Williams catapulted its playwright to stardom and became the basis for numerous stage revivals, radio, television, and film productions since it was first performed in Chicago in 1944.

Set during the Great Depression of 1930s America, Williams’ “memory play” tells the story of Tom, a young man longing to escape the gloomy St. Louis apartment he shares with his overbearing and histrionic mother Amanda and shy sister Laura. The story of this fractured American family is told through Tom’s narrative voice and skewed memories. 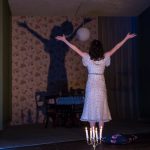 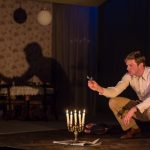 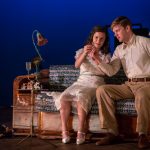 Group Bookings
Group discounts are available for Monday, Tuesday, and Wednesday performances. If you would like to arrange for a large group (10 or more) to attend an upcoming performance at the Gate, contact us directly on 01 874 4045 or email boxoffice@gate-theatre.ie.