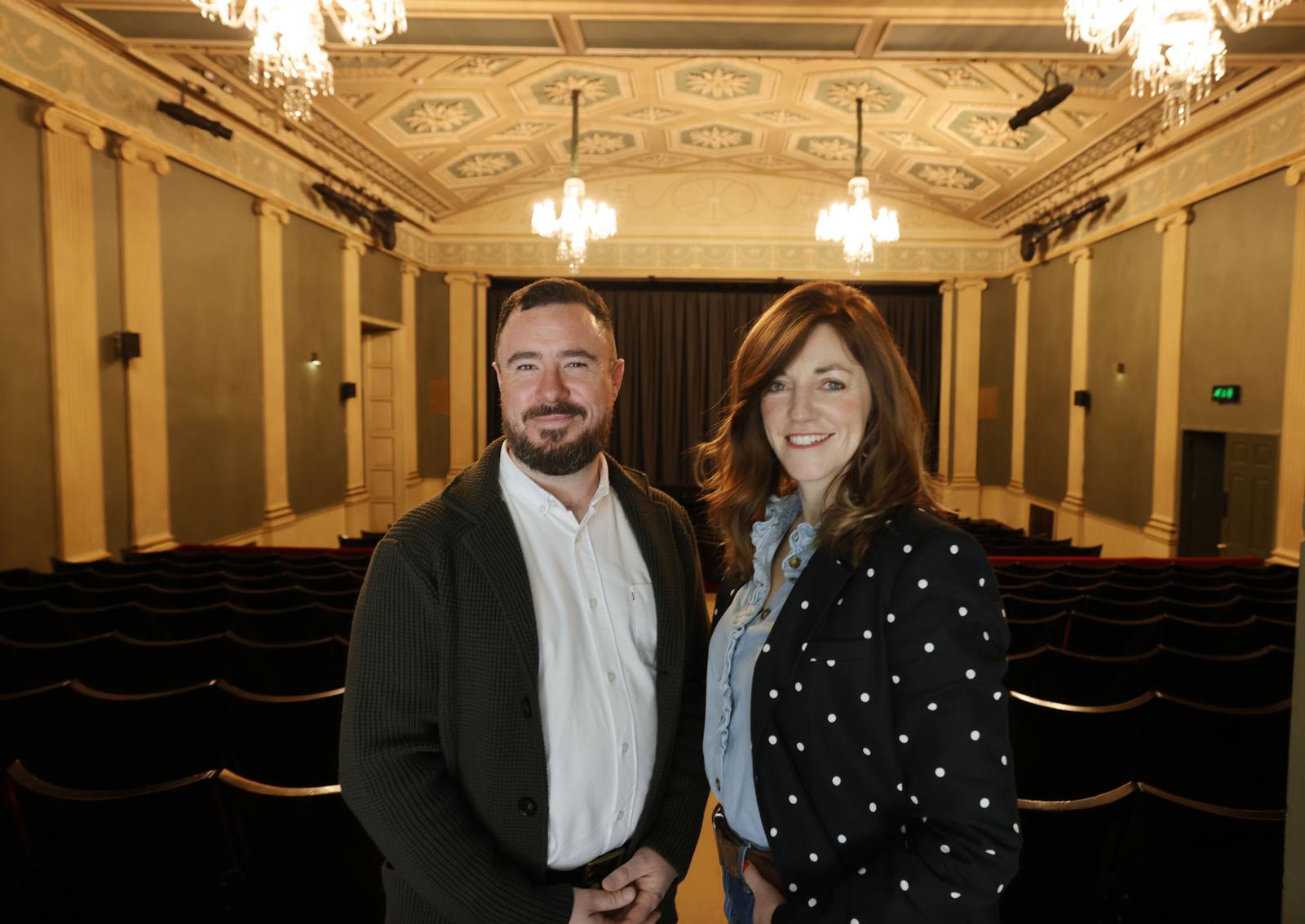 With just over three weeks until the opening night of PIAF by Pam Gems, and following successful runs for both Michael Keegan-Dolan’s How to be a Dancer in Seventy-two Thousand Easy Lessons and Sonya Kelly’s The Last Return, the Gate Theatre is delighted to announce a new programme of productions and initiatives under the Gate’s recently appointed leadership team of Artistic Director Róisín McBrinn and Executive Director Colm O’Callaghan.

Tickets are now on sale from gatetheatre.ie.

New productions for 2023 include revivals of Enda Walsh’s The New Electric Ballroom and Arthur Miller’s The Price, plus the Irish Premiere of the Tony Award-winning musical, Fun Home.

In an exciting new development, the Gate is also pleased to unveil a brand-new programming stream entitled GATECRASHES, designed to welcome a greater diversity of audiences to the theatre.

GATECRASHES is a series of new offers that will include exclusive events throughout the year featuring Ireland’s best artistic talent. As part of this series, Anna Newell’s BABYGROOVE, a theatrical experience for babies under 12 months and their carers, will take place in the final weekend of March. More events will be added to the GATECRASHES programme in the coming months.

This announcement also marks the beginning of a new era of community engagement following the recent announcement of a Community Engagement Manager (CEM) position, a new role for the Gate. The CEM will plan, develop and implement an engagement strategy to nurture future artists and members of our local Dublin community, including schools, with the intention of making the Gate a more civic space.

Complementing GATECRASHES will be two additional new offerings: GATE EXCHANGES, which will feature curated conversations for audiences on the themes and ideas raised in our work; and GATE MINDS, where accomplished theatre practitioners share their knowledge and experience with upcoming Irish artists. GATE MINDS will also work in tandem with and enhance a series of professional artistic development programmes that the Gate will announce in the new year.

Speaking about the launch, Gate Artistic Director Róisín McBrinn and Executive Director Colm O’Callaghan said, ‘We are so excited to launch our first full season. Following on from How to be a Dancer in Seventy-two Thousand Easy Lessons and Piaf, we can’t wait to share this programme of work with our audiences. With the combination of these three shows, all of which focus on unique families in their complexity, we hope to provoke joy, ask the big questions, and take our communities on journeys that help us grow and learn from one another. Alongside this work, our GATECRASHES strand offers new ways for people to come to the Gate, whether it’s babies and their carers, or music lovers. Our aim is for the Gate to become a more open, welcoming space.’

Further detail on the Gate’s new season of work:

Trapped in the memoires of their youthful nights at The New Electric Ballroom, sisters Breda and Clara reflect on lost love and what might have been.

As they reminisce, their younger sister Ada looks to re-ignite Breda and Clara’s spirits, and resurrect the smallest glimmer of love and hope in their remote fishing village home.

A virtuoso, absurdist fable of the debilitating effects of small-town life, Enda Walsh’s stunning play won an Edinburgh Fringe First Award in 2008 and confirmed him as one of Ireland’s most distinctive and dynamic writers of the modern era.

Marking the debuts of both Emma Jordan and Enda Walsh on the Gate Theatre stage, the production will also tour to The Everyman, Cork from Tuesday, April 4th to Friday, April 7th.

THE PRICE by ARTHUR MILLER

Two estranged brothers, one a policeman who sacrificed his education to care for his invalid father, the other an eminent surgeon who walked out on family to concentrate on personal success, meet to settle their father’s estate and arrange its sale.

Amid the belongings of their once-wealthy patriarch, old hostilities and grudges resurface as they confront the truth about their past, the choices they made, and the legacy they now face.

Arthur Miller’s compelling story of property, ambition and the burden of family duty remains as relevant as when it was first produced in 1968.

Winner of five Tony Awards including Best Musical and Best Original Score, the Gate Theatre is proud to present the Irish Premiere of Jeanine Tesori and Lisa Kron’s Fun Home, adapted from the acclaimed graphic novel by Alison Bechdel.

After the sudden death of her father, graphic novelist Alison is forced to confront long-hidden familial secrets that come to light. The production features Alison both past and present: her memories as a child playing in the family’s funeral home merge with her time as a college student coming out and finding first love; and her adult life as a successful graphic novelist.

Directed by Róisín McBrinn, Fun Home features music composed by Jeanine Tesori with book and lyrics by Lisa Kron, and is adapted from the graphic novel by Alison Bechdel.

The Gate Theatre is proudly supported by the Arts Council.