The Gate is delighted to present two upcoming post-show talks as part of its Love and Courage Season. These discussions will take place directly after the performance of the play, and are included as part of the ticket for that performance.

Following the performance of The Children on March 20th, there will be a post-show discussion with Oonagh Murphy, Director of The Children, and Mrs Mary Robinson on the topic of using storytelling to communicate issues around Climate Change. 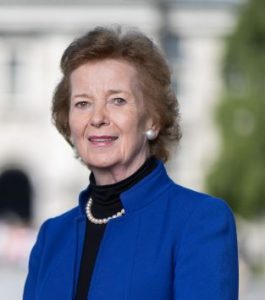 Mary Robinson is President of the Mary Robinson Foundation-Climate Justice.  She served as President of Ireland from 1990-1997 and UN High Commissioner for Human Rights from 1997-2002. She is Chair of The Elders and a member of the Club of Madrid and the recipient of numerous honours and awards including the Presidential Medal of Freedom from the President of the United States Barack Obama. She sits on the advisory board of Sustainable Energy For All (SE4All) and is also a member of the Lead Group of the Scaling Up Nutrition (SUN) Movement. Between 2013 and 2016 Mary served as the UN Secretary General’s Special Envoy in three roles; first for the Great Lakes region of Africa, then on Climate Change and most recently as his Special Envoy on El Niño and Climate.

Mary Robinson serves as Patron of the Board of the Institute of Human Rights and Business, is an Ambassador for The B Team, in addition to being a board member of several organisations including the Mo Ibrahim Foundation and the European Climate Foundation. She serves as Chancellor of the University of Dublin since 1998. Mary’s memoir, ‘Everybody Matters’ was published in September 2012 and her book, ‘Climate Justice – Hope, Resilience and the Fight for a Sustainable Future’ was published in September 2018. 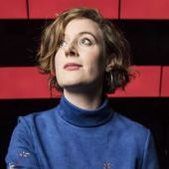 Oonagh Murphy is the Director of The Children. She previously directed Tribes by Nina Raine, at the Gate Theatre, as part of the Dublin Theatre Festival.

Other theatre credits include: Dripfeed (Fishamble/Soho Theatre), Shelter (Druid) Mouth of a Shark (WHERE WE LIVE, THISISPOPBAB),  Mojo (The Lir Academy) Foxy (Project Arts Centre) Be Infants In Evil (Druid), Ribbons and Love in a Glass Jar (Abbey Theatre) Oonagh was Resident Assistant Director at the Donmar Warehouse in 2013 and at the Abbey Theatre Dublin, 2011-2012.

Frank Convery is Director of the Environmental Systems Institute at University College Dublin (UCD). Prior to taking up his post at UCD, he was Assistant and then Associate Professor of Natural Resource Economics at Duke University, USA. 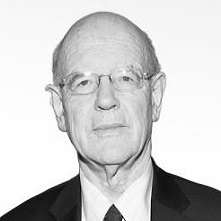 Frank Convery was educated at University College Dublin (UCD) and the State University of New York and has degrees in forestry and resource economics.

Prior to taking up his post at UCD, he was Assistant and then Associate Professor of Natural Resource Economics at Duke University, USA and Research Professor at the Economic and Social Research Institute, Ireland.

He was formerly Chair of the Sustainable Development Council, Sustainable Energy Authority of Ireland and An Taisce. He is active on a number of EU-wide investigations and bodies as well as President of the European Association of Environmental and Resource Economists.

He has written extensively on resource and environmental economics issues with particular reference to agriculture, forestry, energy, minerals, land use, urbanisation, environment and development in developing countries.

At present, his research relates to European Union Environmental Policy with particular reference to the use, potential and effectiveness of market-based instruments.

Aoibhéann McCann is an actor and advocate for sustainable fashion. Her work at the Gate Theatre includes both runs of The Great Gatsby and

Following the performance of Beginning on March 28th, David Eldridge, writer of Beginning, and Marc Atkinson, Director, will give audiences an insight into the writing of the play, and how the Gate translated it from script to stage. The discussion will be moderated by Dr. Melissa Sihra, Head of Drama at Trinity College Dublin. 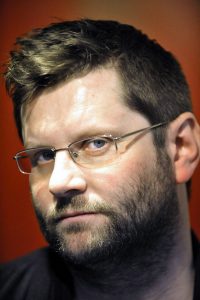 In 2007 the University of Exeter conferred on David an Honorary Doctorate of Letters recognising his achievement as a playwright. He is a Lecturer in Creative Writing at Birkbeck College, University of London. 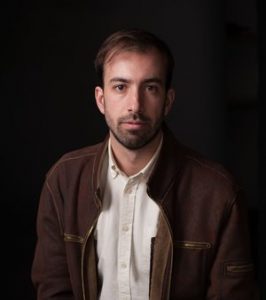 Marc was awarded the Jennifer Johnston Directing Bursary and, as Shubert Presidential Scholar, was fully funded to study for his MFA in directing under the mentorship of Anne Bogart at Columbia University, from where he graduated in 2016. 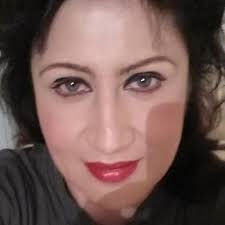 Dr. Melissa Sihra is Head of Drama at Trinity College Dublin and Assistant Professor of Drama. Her new book Marina Carr: Pastures of the Unknown is published by Palgrave Macmillan. She was President of the Irish Society for Theatre Research and is Chair of this year’s Lady Gregory Autumn Gathering at Coole Park.