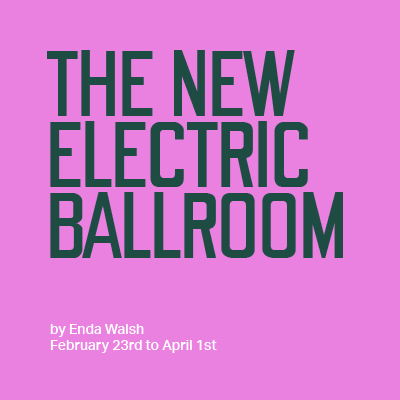 Trapped in the memoires of their youthful nights at The New Electric Ballroom, sisters Breda and Clara reflect on lost love and what might have been.

As they reminisce, their younger sister Ada looks to re-ignite Breda and Clara’s spirits, and resurrect the smallest glimmer of love and hope in their remote fishing village home.

A virtuoso, absurdist fable of the debilitating effects of small-town life, Enda Walsh’s stunning play won an Edinburgh Fringe First Award in 2008 and confirmed him as one of Ireland’s most distinctive and dynamic writers of the modern era.

Marking the debuts of both Emma Jordan and Enda Walsh on the Gate Theatre stage, the production will also tour to The Everyman, Cork from Tuesday, April 4th to Friday, April 7th.

Monday to Saturday at 7.30pm
Saturday matinees at 2.30pm

If you or any of your party are unable to attend any performance due to COVID, you can exchange your tickets for another performance or show, or ask for a refund, free of charge with no hassle. Simply let our Box Office team know in advance of the performance.

Tickets purchased from unauthorised websites or individuals are not valid. Read our full Terms & Conditions.