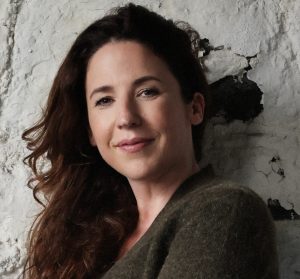 Gate Theatre has announced that Selina Cartmell will step down as Artistic Director and CEO, following the completion of her five-year term.

Although Ms Cartmell’s five-year contract concludes in November 2021 and she gave full contractual notice, she has kindly agreed to remain in position at the Gate until March 2022 to deliver two recently announced shows – Mabel’s Magnificent Flying Machine (Louise Lowe) and Endgame (Samuel Beckett) – and to facilitate a search process for her successor.

During her time at the Gate, Ms Cartmell produced 11 world premieres including seven Irish premieres of contemporary writing. She also welcomed brand new audiences to Gate with acclaimed and hugely popular productions of The Great Gatsby, Hamlet, The Snapper and A Christmas Carol.

Under Ms Cartmell’s stewardship, gender balance at the Gate improved markedly from 8% to 82% for directors, whilst the number of female creatives engaged by the theatre doubled.

“On behalf of the entire Board of the Gate, I would like to thank Selina for her tremendous artistic achievements over the past five years and wish her the very best in her future endeavours. She helped deliver some absolutely amazing theatrical experiences for Irish audiences of which she can be enormously proud.

“Selina’s championing of female directors, actors, and other artists radically changed the way in which the Gate produces theatre for the better.

“It’s also a huge measure of Selina’s commitment to the Gate that she has agreed to remain in situ until March to oversee the delivery of two upcoming productions – Louise Lowe’s Mabel’s Magnificent Flying Machine and Beckett’s Endgame – and to facilitate a search process for her successor.”

Commenting on her time at the Gate, Ms Cartmell said:

“It has been a huge privilege to lead the Gate, and to work with so many great Irish and international artists to make such an array of productions for this beautiful theatre.

“I would like to thank every one of those hugely talented artists, as well as the incredibly hard-working team who have worked alongside me at the theatre. I also applaud the wonderful Gate audiences who have been so loyal and supportive over the last five years.

“It is incredible to see the wonderful array of people and communities who came to experience our productions, up to and including Once Before I Go by Phillip McMahon.

“As a theatre director, I had the privilege of personally directing some of Ireland’s great stage actors at the Gate, including Owen Roe, Fionnula Flanagan, Simon O’Gorman, Rosaleen Linehan, Marion O’Dwyer, Aisling O’Sullivan and Sean Campion. I was particularly proud to work alongside a new generation of Irish talent, including Paul Mescal, Fionn Foley, Caitriona Ennis, Rachel O’Byrne and, most recently, Matthew Malone.

“I’d like to thank the Board of the Gate for their tireless and ongoing commitment and support, in particular the Chair, Peter Crowley, for his energy, his ambition for the Gate, and most of all, his unprecedented generosity.

“It has been five rollercoaster years of which I’m hugely proud. We have managed unprecedented challenges which have put a significant burden on our team and resources. It is a tribute to the Gate Company and all the artists and audiences who have supported the Gate over the last 92 years that the theatre continues to speak to the hearts and minds of everyone who experiences one of the Gate’s productions.”

From June 2017 to Dec 2019, the Gate had 979 performances, and 11 world premieres including seven Irish premieres of contemporary writing. The productions, which included the commissioning of the world premiere of The Snapper, 16 assisted performances and 79 Gate stage debuts, played to an audience of 225,000 people during the two and a half years. In 2019, the Gate employed more than 600 freelancers directly and indirectly. The gender equality of practitioners working at the Gate jumped from 8% to 82% for directors, with other employment of female artists doubling.

Under Ms. Cartmell’s direction, the Gate has continually built new audiences and efforts in this regard have been recognised by sold out productions of The Snapper, Hamlet, The Great Gatsby, and A Christmas Carol. The fact that over 72% of The Snapper audience had never been to the Gate before, is a remarkable statistic and a demonstration of the potential that exists to bring theatre to new audiences.

In 2020, the Gate transferred its critically and commercially successful production of Hamlet starring Ruth Negga to St Ann’s Warehouse, New York for a sell-out 6 week run, ending in March 2020.